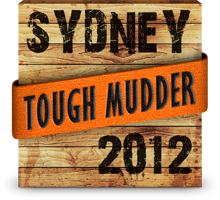 Something that I've wanted to do for a while since it was marketed in Australia, is ToughMudder. The timing of this was good, as I had been competing in a few events which required reasonable fitness, and I was relatively happy with my fitness levels. Really enjoyed the training sessions we had organised as a team, good to get out outdoors and do the exercise. Lots of Crossfit style -  trying to increase arm (chin up) strength and general core fitness. Also really appreciated the upper body training with Naomi from Fit2Excel. Logistically, went down to Sydney with 4 good friends (Pete, Tim, Damien and Paul). All who had good fitness levels and made the weekend a good getaway male bonding break as well as the actual event. The event itself consisted of 21 Obstacles with about 20km of running. Also wore the Vibram Five Fingers which I had also been training in. Loved them, given that I don't have the issues with shoes filling up with mud and getting soggy etc. 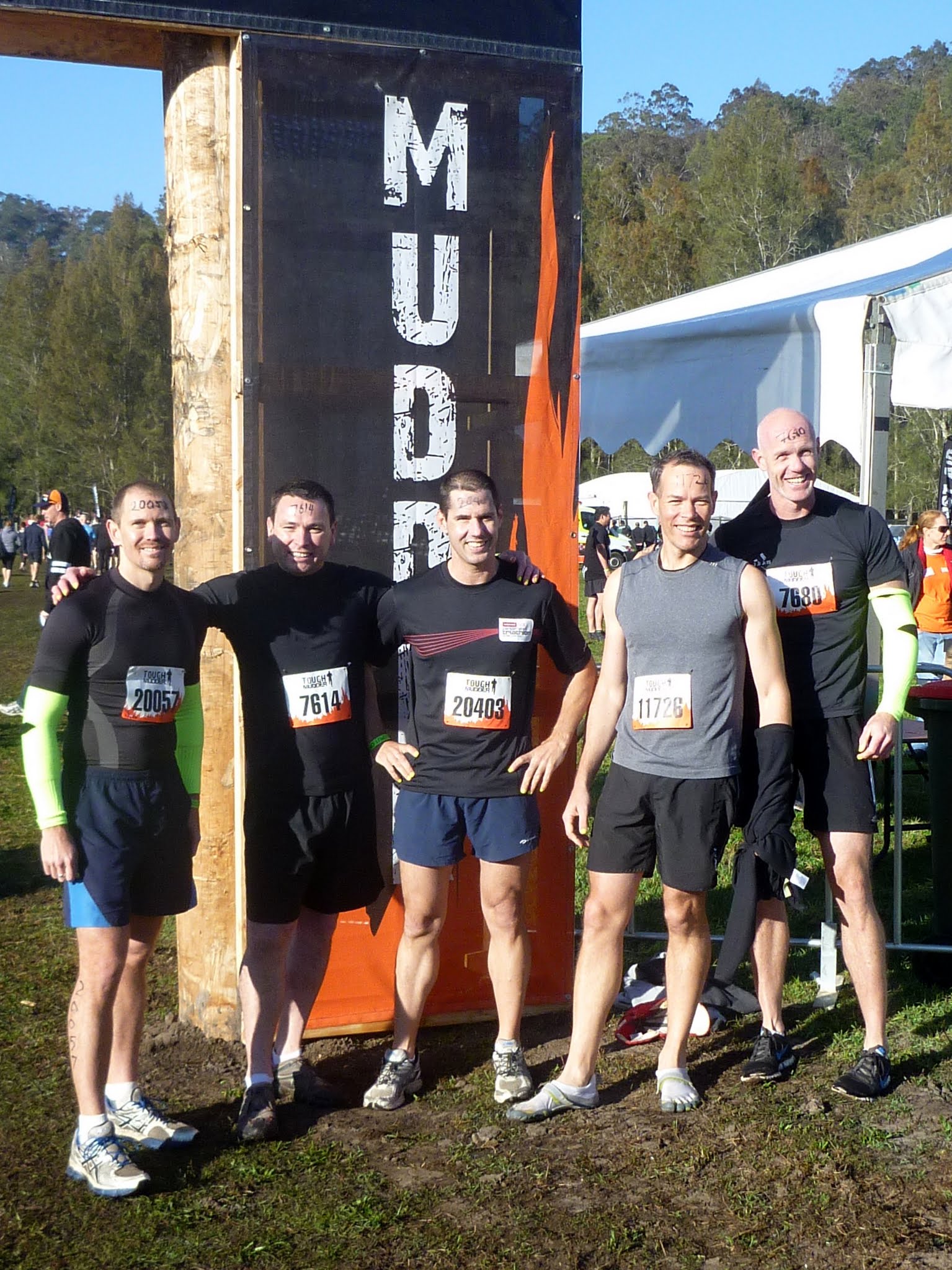 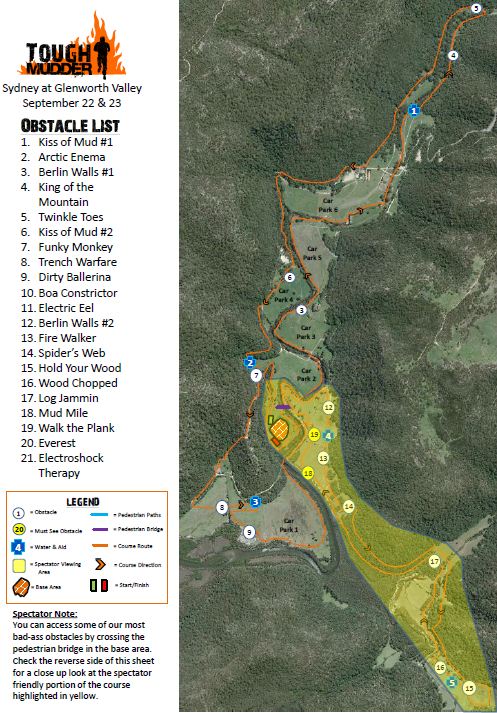 2 . Artic Emena - A quick dip under and back up the other side. It helped that that water as relatively clean getting there early.

3. Berlin Walls #1 - Nice and fresh, with the step at 90cm, this was relatively easy - it also helps that we were tall!

4. King of the Mountain - Climbing over a bit bail of hay. Lucky we were early and the bails were still shaped square and relatively easy.

5. Twinkle Toes - Trained for this alot, but failed due to the fact that the beams were really wobbly (and there was fast current water underneath). Apparently they closed this soon after we did it.

7. Funky Monkey - Monkey Bars. Also trained for, but trying the monkey swinging technique failed as the bars were slippery.

8. Trench Welfare  - Good length of commando-ing trough underground trenches. Seemed to go forever and was fun yelling at others in other trenches.

10. Boa Constrictor - More confined spaces. This time tubes at incline and decline. Found it ok using my feet to push and get some movement.

11. Electric Eel - This one bites. Unexpected and having to commando 20m with dangley electric shock wires. took a wrong tactic of going on the edge and with eyes closed and going as fast as possible there were a few times I got stock against the edge getting zapped.

13. Fire Walker - 20m run through fire on each side. Biggest issue was the smoke. Take a deep breath first!

18. Mud Mile - Surprisingly the most tiring and cardio obstacle. lots of ups and down mud hills. Like doing 30 burpees.

20. Everest - A mental challenge. First try didn't have enough speed and faceplanted and came back down, then 2nd attempt made it up (with support from my team). Somethings you just can't train for!

21. Electroshock Therapy - Speaking of not wanting to train for challenges. This one was also not plesant. Fortunately i made it through without falling over and stopping. I really feel for the ones that fell over! It's was pretty funny watching this one at the end.

Recovery: Post event Tough Mudder organisers put on a great gig. Good ability to hose down and cleanup and quench the thirst with a cold ale or 3 - with a few good stories to share.. Garmin Link is also here Almost wish I had the heart rate monitor on - but thought it would come off in the obstacles. Tips: